The next time you watch an episode of The Simpsons, created by native Oregonian Matt Groening, be sure to take a Streetcar ride through NW Portland’s Alphabet District immediately after and examine the street signs – look familiar? They should, as Groening named some of his famous characters after the district’s street names, including Flanders, Lovejoy and Quimby.

This piece of local trivia and dozens more are included in Portland Streetcar’s new app “Portland By Streetcar,” which provides Streetcar riders with an interactive tour of various landmarks, historical sites and points of interest located within a three-block radius of Streetcar’s three lines (A Loop, B Loop and NS Line).

The app features an interactive map containing photos and audio recordings of more than 80 attractions around the Streetcar lines. The app is also “location aware,” which means that as a user rides on Streetcar with the app open, their screen will update on its own to show all relevant attractions around them, with a simple touch of the screen providing more detailed information.

“In addition to providing an affordable and readily available transit option for the city, the Portland Streetcar lines have the potential to attract significant tourist interest,” said Portland Streetcar Executive Director Dan Bower. “Because of the lines’ proximity to popular areas, ‘Portland By Streetcar’ will support major public attractions along the lines and provide Portlanders old and new with illuminating facts about their city.”

“Portland By Streetcar” is free to download and use, and is available now on the Apple App Store and Google Play Store. Funding for the app is provided by United Finance Co. To learn more and get the most from the app, read through the User Guide.

KGW getting the word out!

In January the Portland Aerial Tram marks 10 years of service and is hosting a special Community and Family Day to celebrate.  In the Center for Health and Healing lobby there will activities for the kids, historical displays, presentations on the construction of the Tram and the future of South Waterfront, samples from local restaurants and more.  There will also be expert talks, facepainters and special Tram Anniversary giveaways.  Join Portland Streetcar as we help celebrate this once-in-a-decade event!

WHAT: 10th Anniversary of the Portland Aerial Tram at their Community Day 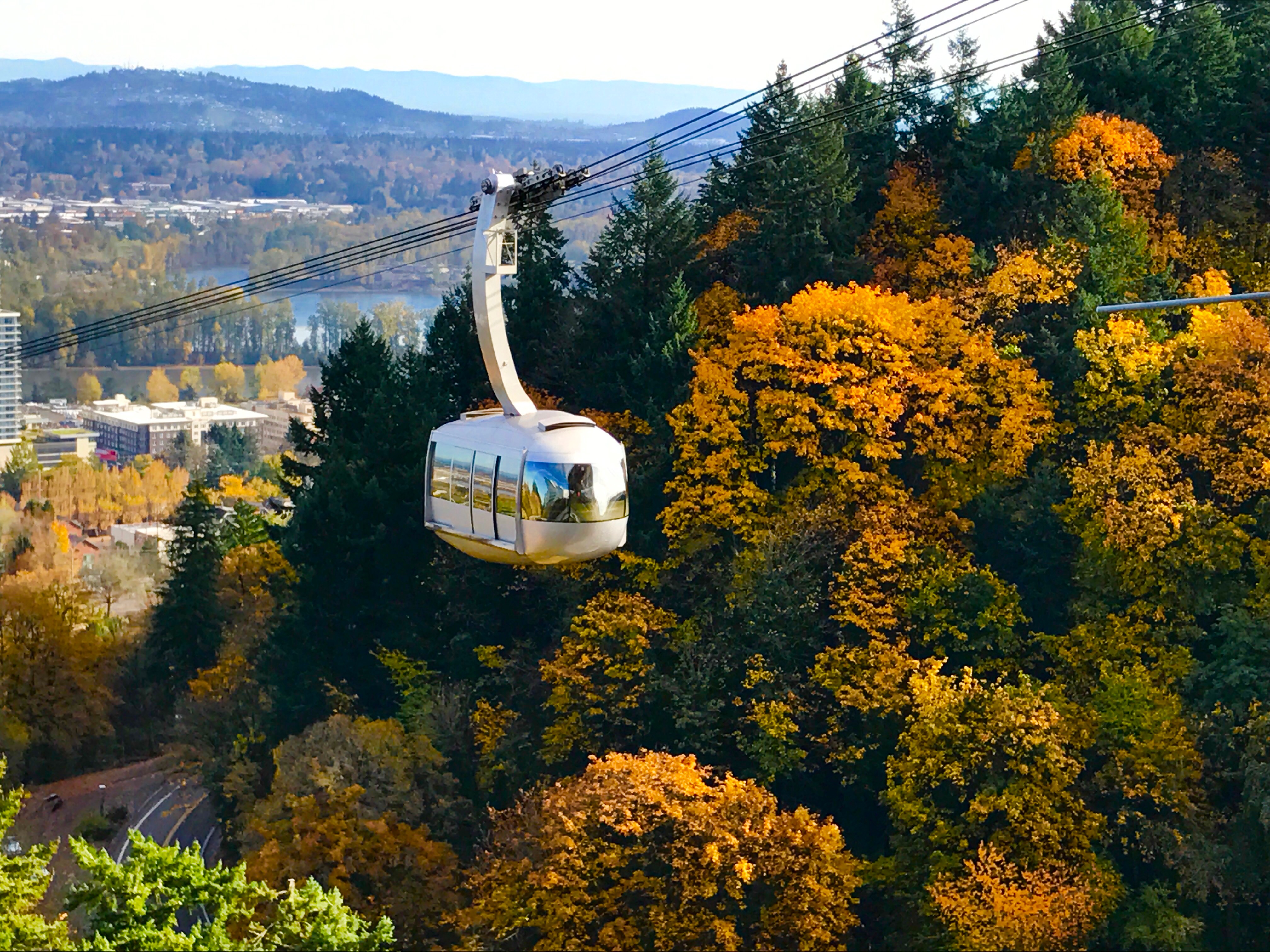 2016 was a big year for Portland Streetcar as we celebrated 15 years, 50 million riders and so much more.  Take a look back with us at all that occurred this past year. 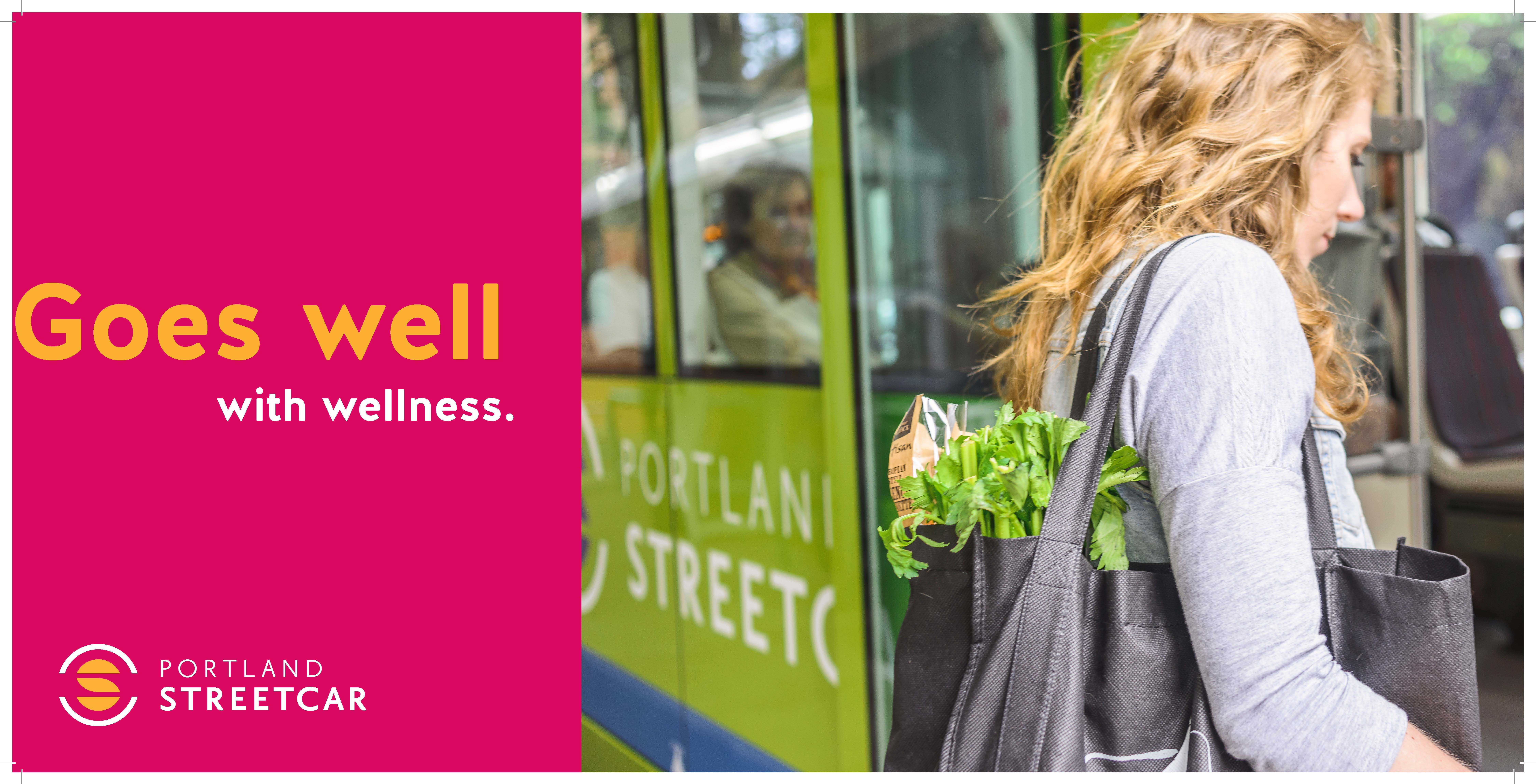 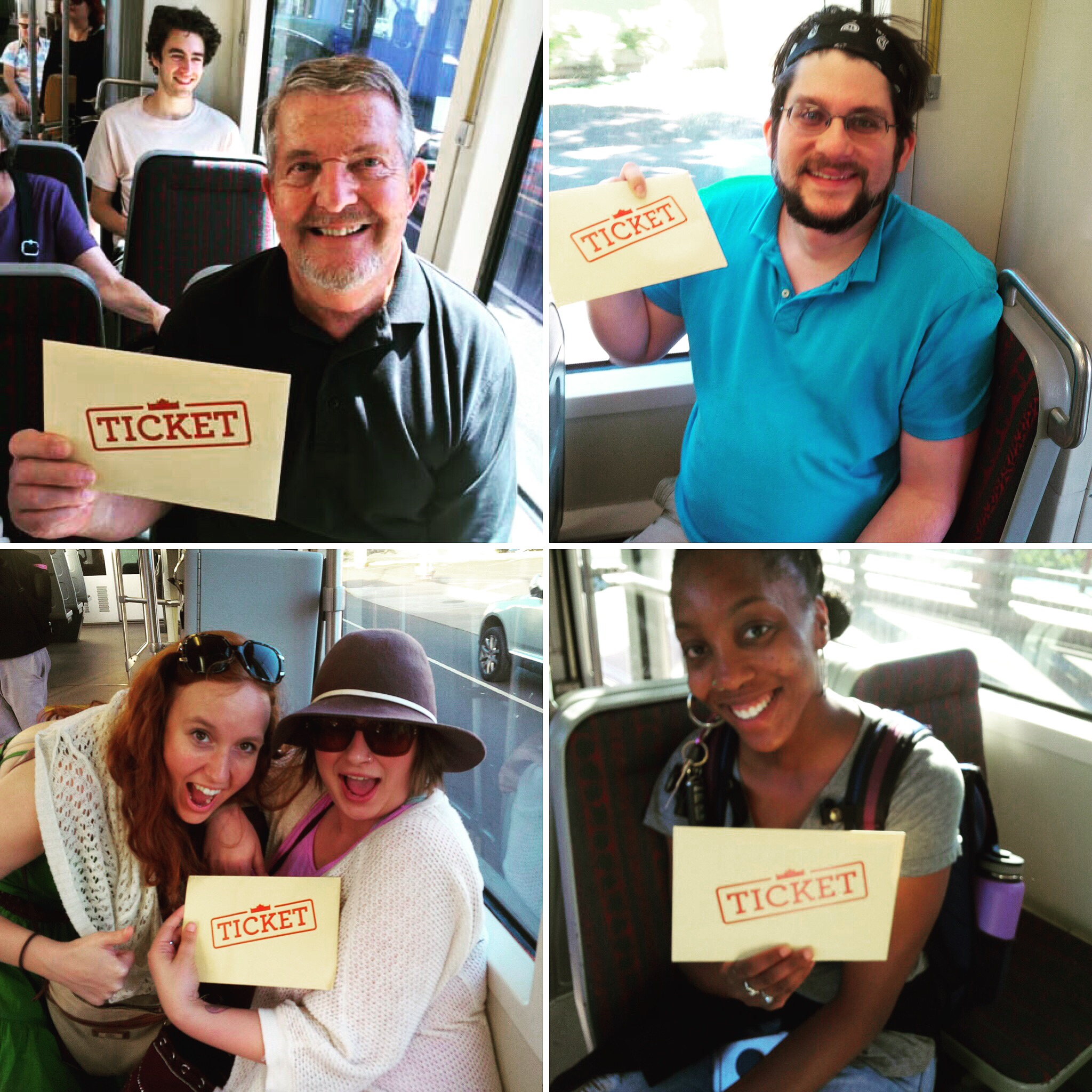 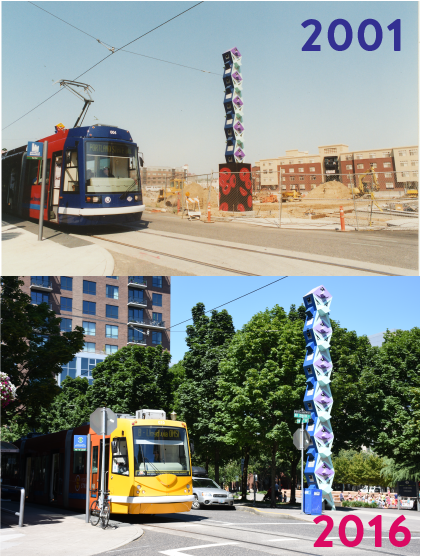 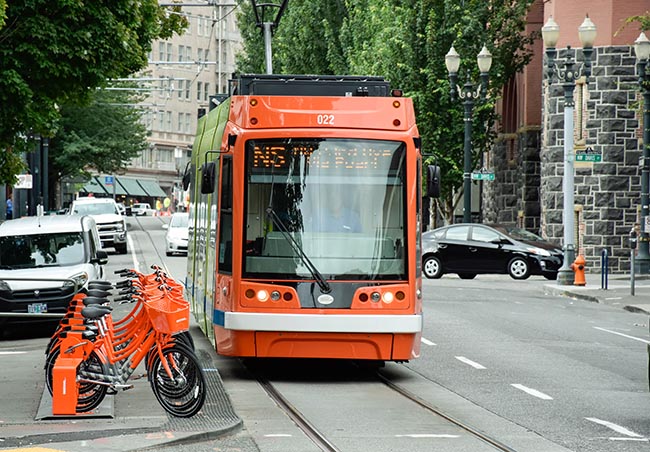 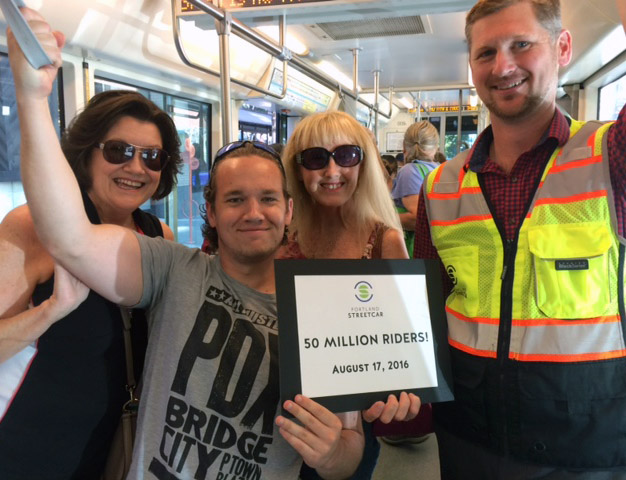 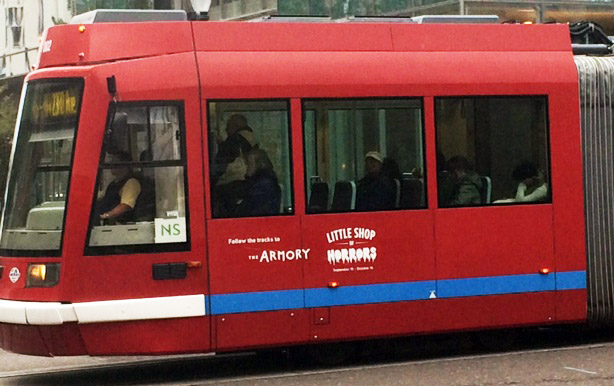 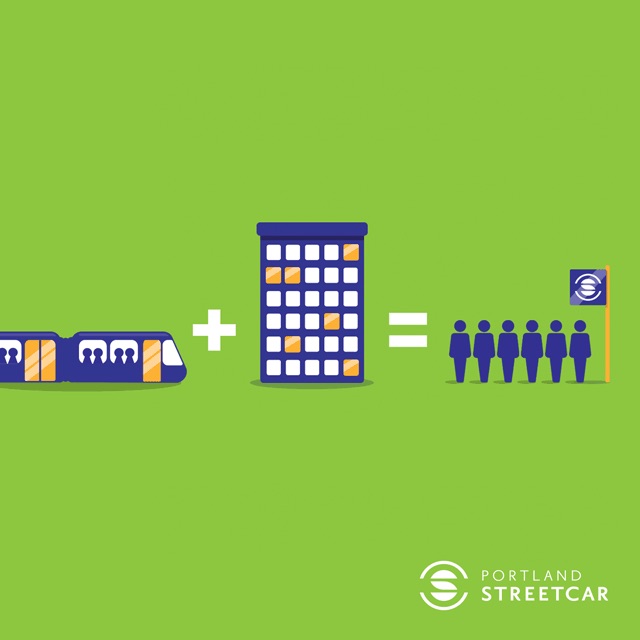 We look forward to 2017 and bringing you our video "From Concept to Reality: The Story of Portland Streetcar" as well continuing the work to improve reliability and safety around the system.  Thank you for 15 years and for a wonderful 2016 with all of you.

Celebrating 4 Years of East Side Service 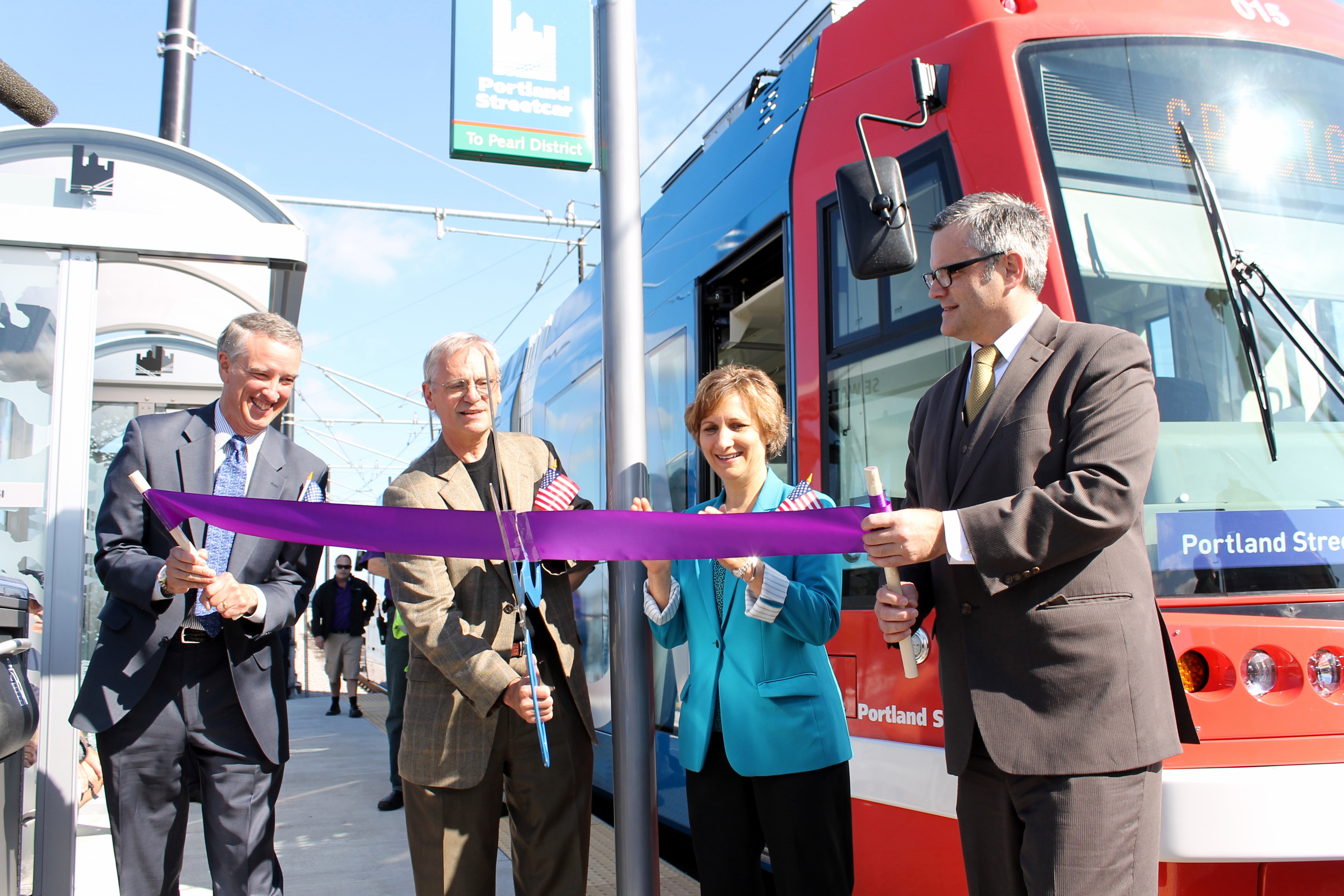 Now, four years later, we have two lines serving the east side, crossing both the Broadway Bridge and the Tilikum Crossing with over 6,400 combined riders and over 2,000 riders on the east side.

A& B Loops Celebrate One-Year of Service

One year ago, on September 12, 2015, Portland Streetcar, TriMet, and the community celebrated the Grand Opening of the A & B Loops, the Tilikum Crossing and the TriMet Orange Line.  At the time, east side ridership for Streetcar hovered around 850 riders per day with 3,260 riders on the old Central Loop (CL) line.  Ridership has more than doubled with over 2,000 daily riders on the east side alone and 6,420 riders on the combined A & B Loop streetcar service.  With more buildings opening soon all along the alignment, increased awareness and a focus on reliability, we are excited for what the coming year will bring.  Thank you for taking the ride with us! 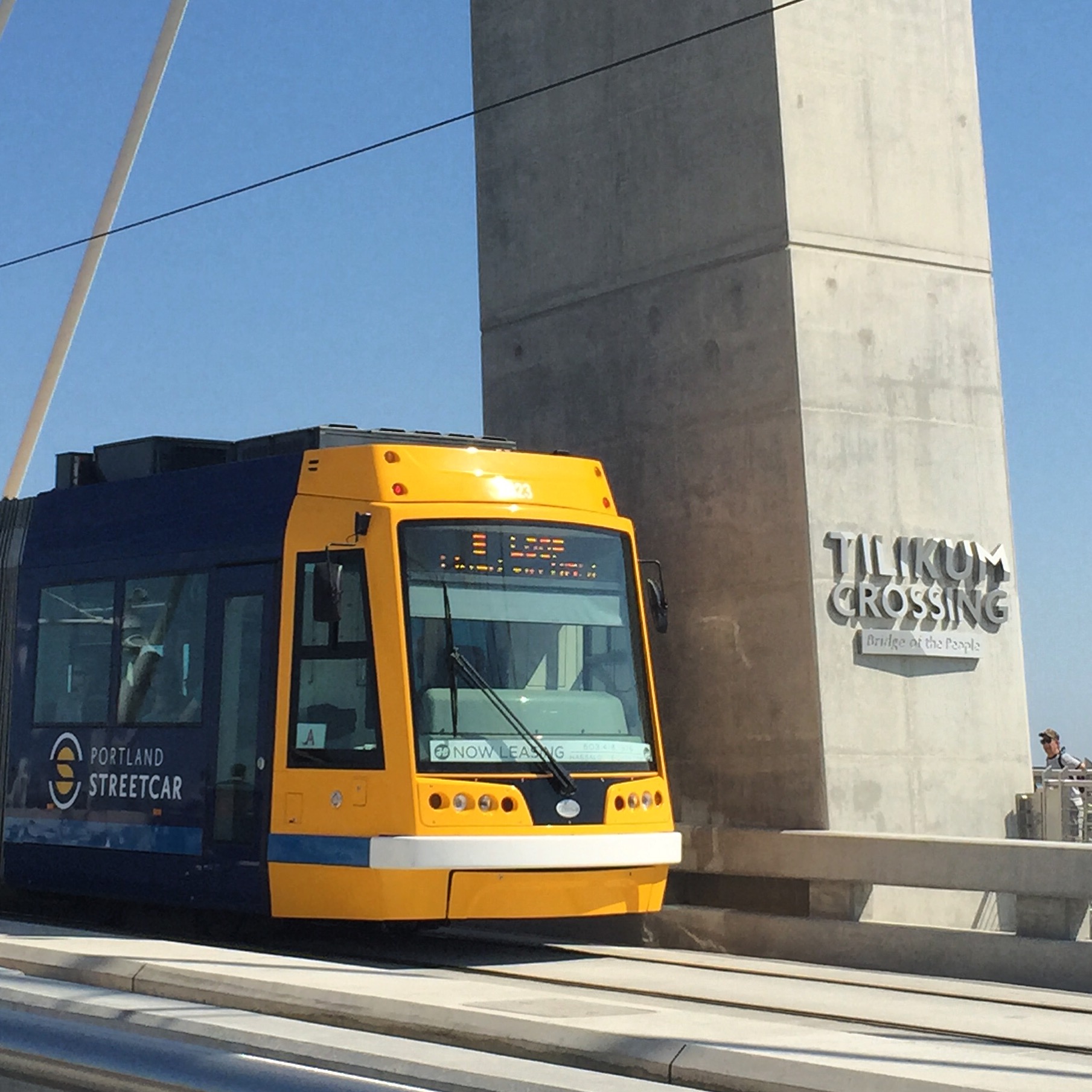 15 years ago, we shut down the streets and dirt roads for a parade of 5 streetcars, the Lions of Badacuda and a band of supporters to walk the new Portland Streetcar route from Portland State University to NW 23rd Avenue.  With the hope of 2,000-3,000 riders a day and supporting a new neighborhood the spirits were high. 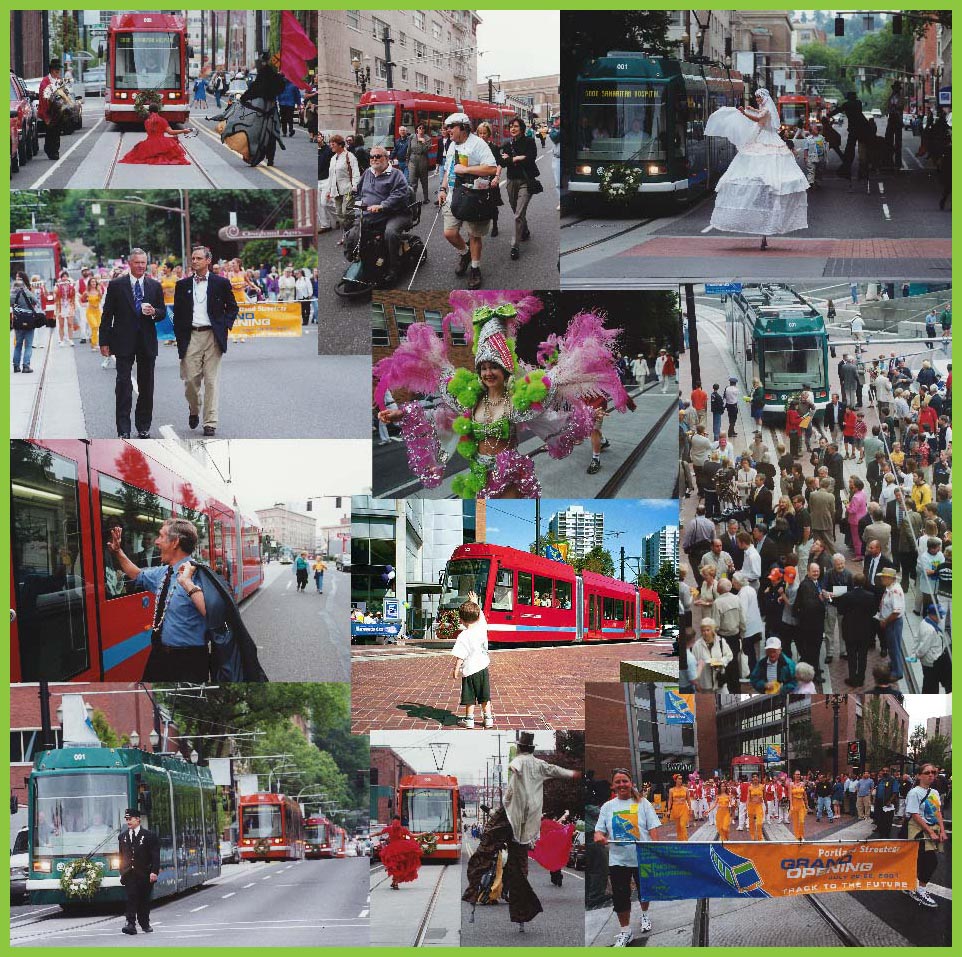 Collage of photos from the July 20, 2001 Grand Opening Celebration.

In 2016, we celebrate 15 years of service, a tripling of the system to 3 lines and 16-miles of track and over 49 MILLION riders over the life of the system.  A lot has changed since that opening day, we now serve the South Waterfront and the east side, serve 15,000 riders a day and operate 14 streetcars Monday through Saturday.  The next 15 years are sure to bring more growth and adventure.  We look forward to taking the trip with you!

2015: A Look Back at Stepping Forward

2015, what a year. From improving our data collection to a new logo. From temporary closures to Grand Openings. From updated development data to a little Portlandia love. Below are some of the highlights of 2015.